Back to Course Overview Next Page
To start this course Sign Up!

Organizations want to streamline the user experience, allowing users to access multiple applications and websites by logging in only once. They may also want to reduce the number of disparate authentication and authorization silos for ease of management and to enforce standard policies.

Authentication is the process of confirming a user’s identity or asking, "Are you who you claim to be?". An example of authentication is when you visit hackthebox.com and go to log in. The site asks you for your email and password then it'll confirm your credentials by matching them in the database (usually). If this fails, the site will return an error.

While Authentication verifies the user's identity, Authorization validates that they have access to the resources they are accessing, or asking, "Are you allowed to do/access this?". Unlike authentication, which we can interact with through login forms, authorization is usually handled on the backend, so attacking it requires a different perspective and techniques that assess how access control is handled in the web application. The graphic below shows some key differences between authentication and authorization. 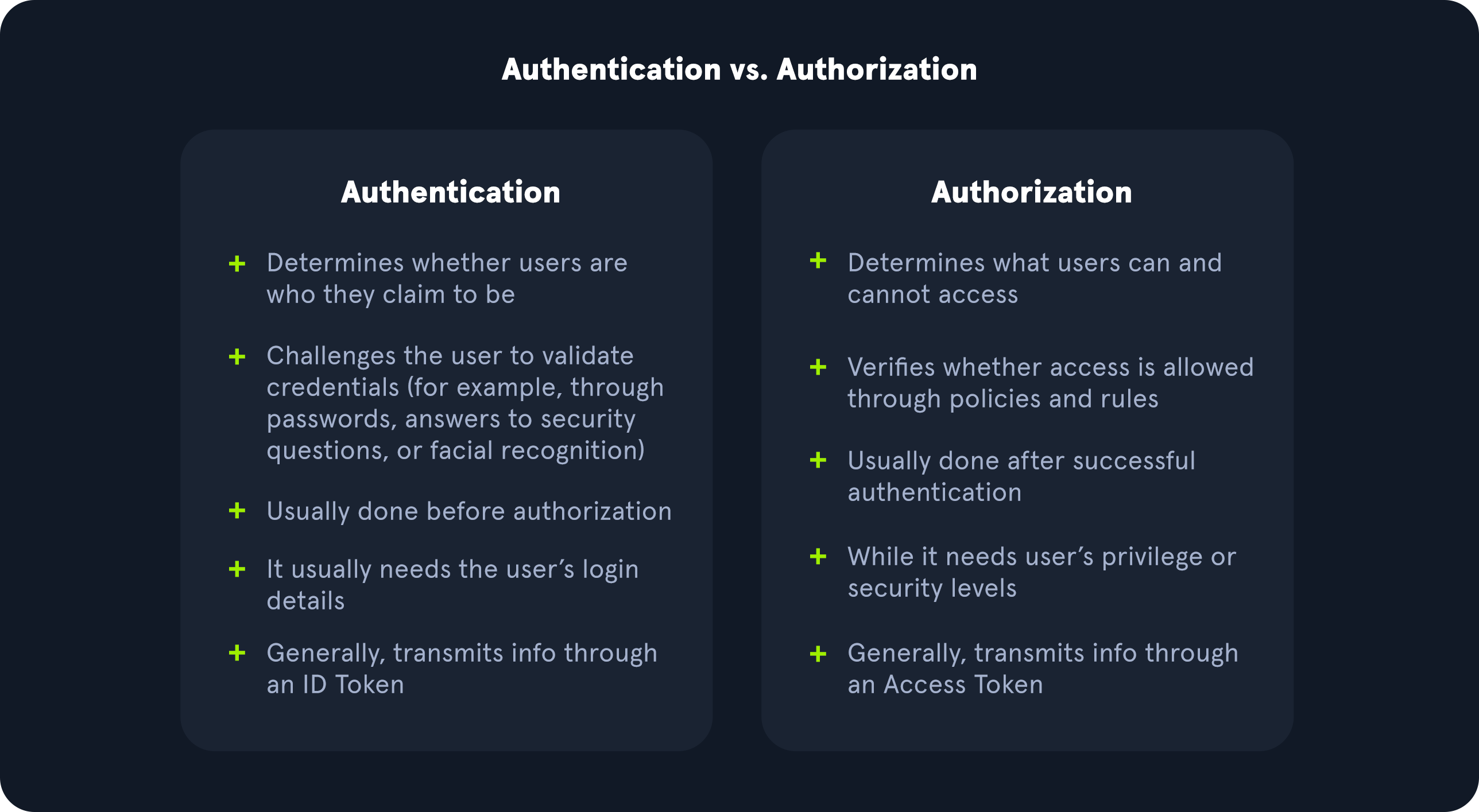 It's not uncommon to find incorrectly implemented authentication mechanisms. The impact of this ranges from the disclosure of sensitive information to the compromise of the underlying OS. If we compromise an application's ability to identify the requesting user via its API, this compromises the overall web application security.

Authentication can be compromised in many ways, including:

Any modification to the JWT without this key will result in verification failure. JWTs can be decoded as its encoded in base64 format. The JWT.io website can be used to decode a JWT.

In the upcoming sections, we will cover how the JWT authentication flow works and the multiple attacks that can be used to exploit it.

OAuth can provide a large attack surface due to implementation flaws. Attacks on client applications can result in gaining access to confidential resources such as email (including email archives), communication and collaboration systems, and more. We will discuss OAuth flow in the upcoming sections and will cover multiple attacks to exploit it.

With SSO, a user logs into one application and can sign into other applications automatically, regardless of the domain the user is in or the technology in use. SAML implementations are often overlooked in most SSO applications due to the protocol's security. But there are some issues that may arise during the implementation of the SAML protocol.

Successful exploitation of SAML attacks results in authentication bypass, remote code execution, and unauthorized access to server resources, which we will cover in upcoming sections.

Back to Course Overview Next Page
To start this course Sign Up!